They Have Sold Pot for Years. Now They Want to Go Legal. Can They? 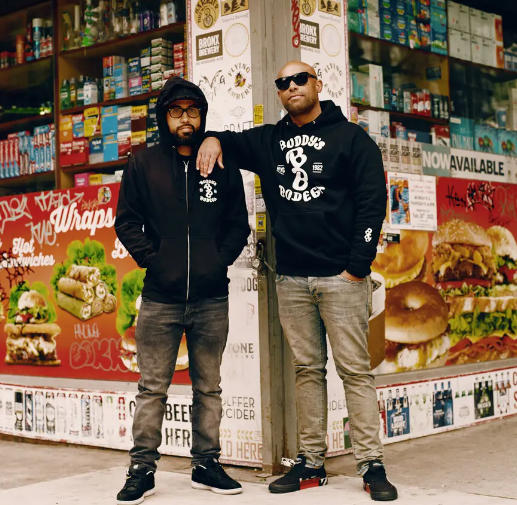 For “legacy” cannabis entrepreneurs, becoming a taxpaying, regulation-observing business has its challenges.

“I was always known as the guy that loved cannabis,” said Lou Cantillo, who grew up selling it to friends in Coney Island. That love came with a cost: when he was a teenager, he said he was chased and roughed up by a cop for smoking in the stairwell of his building, one of several encounters with the police around that time. But despite the risks, Mr. Cantillo kept selling as an adult, even during his brief career as a boxer.

When Byron Bronson left Seattle for Rutgers University to study theater in 2004, he looked around at the low-quality pot available in New Jersey and knew he had to do something. Having dealt on the West Coast since high school, he quietly started importing strains from Washington state, soon gaining renown for his distinctive selection.

Attitudes toward legalization have changed since the early dealings of Mr. Bronson and Mr. Cantillo, who met in New York City through a business associate in 2013, and decided to join forces. Although what they do is still illegal under state law, that could soon change, as New York passed a legalization bill last year.

Mr. Bronson, 39, and Mr. Cantillo, 31, run Buddy’s Bodega, one of the most prominent illicit cannabis wholesalers serving the New York Metro area. Known for bringing buzzy designer strains from California, like the potent El Presidente, to the East Coast, the business has tens of thousands of followers on Instagram. It employs about 25 people who bag, dispatch and deliver that limited-quantity supply to hundreds of customers — many of whom then resell their products — on an invitation-only basis.

The owners of Buddy’s are interested in joining the legal market as soon as the law allows it in New York, which will soon follow New Jersey in embracing recreational cannabis sales. “Our goal has always been to go legal,” Mr. Cantillo said. But as they prepare to apply for a license, which can be a complicated and expensive process, they said they feel conflicted about making the transition.

For legacy businesses like Buddy’s — that is, those who made up the industry before legalization — the costs of legalizing may outweigh the benefits. A licensed business comes with start-up costs, high taxes, administrative demands, and fierce competition from well-capitalized companies.

It is an issue faced by thousands of cannabis entrepreneurs across the state who are hoping to legalize, experts say.

Chris Alexander, the executive director of the New York Office of Cannabis Management, wants businesses like Buddy’s in the regulated industry. “If you’re not successful at pulling the legacy market into the legal market, you limit your tax revenue — and the money you can redirect to impacted communities,” he said, referring to the disproportionate number of Black and Latino New Yorkers whose lives have been damaged by the enforcement of cannabis laws. Those issues are reflected in the state’s legalization bill, which has a focus on social equity and has been heralded as the most progressive of its kind.

The regulations being drafted by Mr. Alexander’s office will determine who has access to the industry, and whether businesses like Buddy’s will be able to get and stay licensed. In April, the state passed a bill allowing already-operating hemp farmers to get cannabis licenses early in order to supply retail businesses as soon as they open. The rest of the businesses making up the industry, from dispensaries and delivery services to wholesalers like Buddy’s, are still awaiting guidance on how to apply for licenses.

Buddy’s Versus the ‘Chads and Brads’

In 2018, Mr. Cantillo started to notice designer pot strains, sold in stylized mylar bags, gaining a kind of cult status in California. “Cannabis culture is very similar to sneaker or streetwear culture, where a certain brand has a lot of clout,” Mr. Cantillo said. So he persuaded Mr. Bronson to buy supply from some of those brands, and he set up an Instagram page to market them. The products sold out immediately. That’s when they adopted the name Buddy’s Bodega, and the business has been growing ever since.

For Buddy’s, a major benefit of legalization is conducting normal business activities — contracting creative agencies, meeting with landlords, licensing specialized software — without hiding what they do.

However, it also comes with complications. States prefer to license businesses that can demonstrate they will succeed, but Buddy’s revenue is off the books, so without an official pardon from the government, it can’t actually show its earnings — or dedicate those earnings toward start-up costs — without raising eyebrows at the Internal Revenue Service. “There’s no statute of limitations on taxes,” said Jason Klimek, a tax lawyer specializing in cannabis at Barclay Damon.

Start-up money is also difficult to come by. Mr. Bronson, who was raised by a single mother, and Mr. Cantillo, whose parents are immigrants, do not have much financial padding to put toward the business. And since marijuana is still illegal on the federal level, most banks won’t give them loans — or even offer them a bank account.

If the Buddy’s owners are granted a license, they will be responsible for filing inventory records, financial statements and corporate documents, like any other licensed business. They will probably need to keep comprehensive records of each plant’s path, from seed to sale. “It’s a whole new world of information you’ve got to navigate,” said Joe Rossi, who leads the cannabis practice at Park Strategies, a lobbying firm that is working pro bono to help Mr. Bronson and Mr. Cantillo apply for a license.

Businesspeople new to the cannabis industry most likely come in with a slew of advantages, including clean cash and clean records — not to mention experience with regulatory frameworks. They are, essentially, starting new companies, just as they would do in any other legal industry.

But for the most part, they are not the pioneers of what has long been a dangerous and entirely illegal trade, full of risks but also of experimentation. This is how Buddy’s developed, for example, the honeysuckle-tinged Secret Breakfast, a strain produced in partnership with the California brand Official Gooniez.

Mr. Cantillo argues that independent businesses like his that have been in the illicit industry for years should get their shot right now instead of the big-money players getting licensed first, which is what happened when Washington and Colorado legalized marijuana. “It doesn’t make sense to allow corporations to take over when we’ve put our lives on the line to do what we love,” he said.

After Washington, Mr. Bronson’s home state, legalized pot in 2014, six years passed before it introduced a social equity program to support cannabis business owners from marginalized backgrounds. By that time, Washington’s legal market was 82 percent white-owned, and only 5 percent Black and Latino, according to the state Liquor and Cannabis Board.

“It’s the Chads and Brads taking over — it’s people that have no influence in the culture, but when they see the economic opportunity, they seize it,” Mr. Bronson said

The costs run high for a newly licensed business. Opening a dispensary, for example, is estimated to cost between $500,000 and $1 million, Mr. Klimek said. And if you’re waiting on a license, the bills can add up, while better-funded, already-licensed operations move ahead.

Kika Keith, a legacy business owner in Los Angeles, waited three years to open her dispensary, Gorilla Rx, because of various administrative complications, including a glitch in the application system and a last-minute change in the city’s policy that allowed some medical dispensaries to open recreational businesses ahead of equity applicants. Ms. Keith ended up sitting on the lease she was required to have for her license application (a rule the city has since overturned). She said the wait cost her half a million dollars, as well as several dropped offers from impatient investors.

By the time Gorilla Rx opened last year, STIIIZY, a dispensary owned by a holding company, was opening its 14th location in California.

Buddy’s is facing a similar conundrum. Mr. Bronson and Mr. Cantillo are hoping to secure a lease on a property in Williamsburg, Brooklyn, but if they get it, they may be on the hook for a space that they can’t yet use. To defray the costs, they have considered setting up an unlicensed shop, but that might jeopardize their prospects for getting a license down the line.

Once Buddy’s has a license, it would also have to stop importing designer strains from California, its calling card, since bringing in products from across state lines is forbidden while marijuana is illegal on a federal level. “Is it even worth it?” Mr. Bronson asked. “Do we want to jump in and be the kings of what New York has to offer — go from having the best weed in the world to the worst weed in the world? Or do we just continue doing what we’re doing?”

Taxes, real estate gambles, local strains: an illicit Buddy’s doesn’t have to worry about any of these. The temptation is there, certainly, to stay underground. But now that going legal is an option, legacy businesses like Buddy’s are being watched over by officials who hope to see the entire industry move aboveboard.

“They shouldn’t just go on and sell illegally,” said William Barclay, the New York Assembly minority leader who voted against legalizing marijuana, referring to legacy businesses that either can’t be licensed or choose not to. “It’s unfortunate that the legal way is the more expensive way to do things, but that doesn’t make it right to try and sell marijuana outside the system.”

If Buddy’s goes legal — and that is the plan, for the moment — Mr. Bronson and Mr. Cantillo hope to expand, employing more people from the legacy market, and offering regular benefits like health care and retirement contributions. “I think you have to go licensed and legal to hit that route,” said Mr. Bronson, who has watched a few of the top legacy brands in California successfully make the transition.

Mr. Bronson feels confident that Buddy’s can operate either way, but he’d like a shot at going legal. “Maybe we’ll make a difference,” he said. “It sounds corny, but I’d like that.” 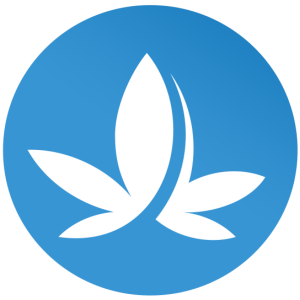 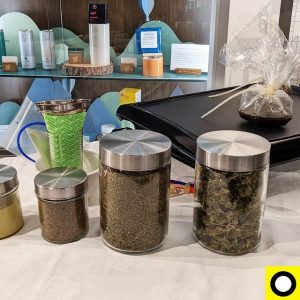 Baking With Pot For The Holidays 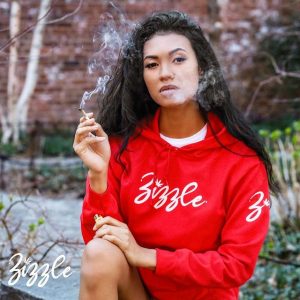 Here’s Why Cannabis Pre-Rolls Are So Popular 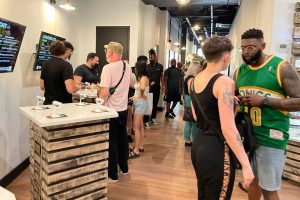 The Savior of Social Equity Cannabis in NYC